NHP Assist » Digestion » SIBO – An Overlooked Cause of IBS and Indigestion 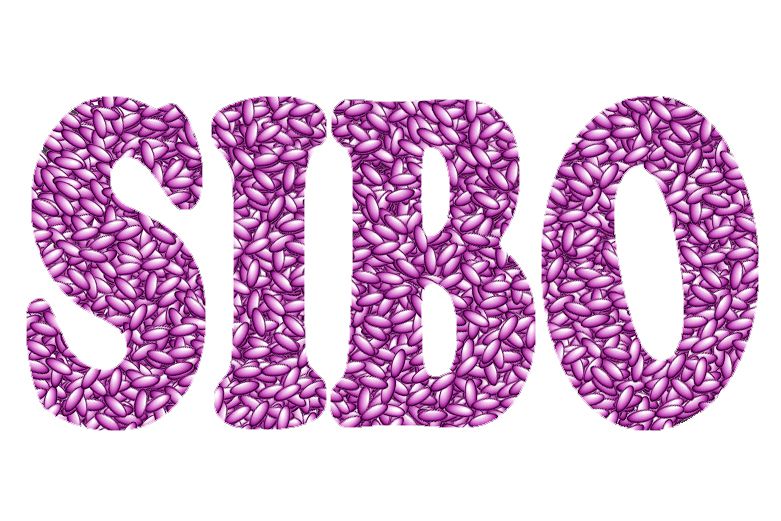 SIBO – An Overlooked Cause of IBS and Indigestion

Small intestinal bacterial overgrowth (SIBO) is a syndrome characterized by the atypical growth of bacteria in the small intestine.1 Bacteria in the small intestine, in the presence of certain dietary carbohydrates from common food sources, ferment these sugars into gas. Through this production of gas, as well as the breakdown of bile salts, SIBO can wreak havoc on our digestive systems, and also disrupt the proper functioning of our liver, kidneys, lungs, brain, and muscles.

SIBO is a common disorder thought to affect between 3-30% of the general population. In one study, about 60% of children, presenting with abdominal pain, was found to have the presence of SIBO.2 Primarily due to impaired gastrointestinal motility, following a single food poisoning event (post-infectious gastroenteritis), other contributing factors such as medications, stress, genetics, and poor digestive function can also play a significant role in developing SIBO.

Which bacteria cause SIBO?

One of the biggest challenges with SIBO is that many bacteria that cause this condition are “normal” residents of our intestines. Bacteria such as Clostridium, E Coli or certain Streptococcus species are actually thought to be some of the most common contributors to SIBO, but because of impaired motility and other contributing factors mentioned above, these otherwise “healthy” bacteria are found to overgrow in the small intestine, resulting in SIBO.

Bacterial overgrowth in the small intestine predominately produces 2 gases, hydrogen, and methane. Excess production of hydrogen gas is the most common form of SIBO and levels of hydrogen gas measured in some people can be very high, contributing to most of the symptoms of SIBO listed below. Methane gas production from bacteria called methanogens is the second most common form of SIBO. Methane based SIBO is very strongly correlated to “sluggish bowels” or constipation, and methane gas is thought to disrupt motility in the small and large intestine. Research shows people harboring methane producing bacteria have delayed emptying of the colon.5

Signs and Symptoms of SIBO

Symptoms of SIBO are commonly non-specific, thus diagnosis can be quite challenging. Some of the most common symptoms to look out for are the obvious irritable bowel symptoms, such as bloating, burping, stomach cramp, heartburn, nausea, flatulence, stomach pain and frequent soft or loose stool.1,6 These symptoms are more common in people with high levels of hydrogen and typically make up the diagnosis of IBS-D. The D in this diagnosis stands for diarrhea. Methane based SIBO, as mentioned above, typically results in constipation, which is characterized as IBS-C, respectively.

Factors that contribute to SIBO

There are many factors that contribute to SIBO, but the most common “trigger”, as mentioned above, is thought to be a history of food poisoning. As our digestive systems are quite complex and each person is unique, one person with food poisoning may recover without any concerns, where another person on certain medications, or following certain medical procedures or with specific medical conditions, addictions, high levels of stress or even some genetic factors, may end up developing SIBO.

Irritable bowel syndrome (IBS) is certainly not the only condition that SIBO can cause. Bacterial overgrowth in the small in intestines has either been found to cause or associate with many different medical conditions. A lot of these conditions are actually beyond our digestive systems such as cardiovascular disease, neurological conditions, skin conditions and even cancers. The reason for this is because SIBO can affect our absorption of nutrients, affect our immune systems and poison our bodies through the production of gases that is absorbed into our bodies. SIBO can also cause significant problems with our liver’s ability to detoxify because the bacteria can actually cause toxins from our digestive system to be reabsorbed into our bodies resulting in a toxic overload!

How do I know if I have SIBO?

Two testing methods can be used to determine if you have SIBO: How do I get rid of SIBO?

The only way to cure yourself of SIBO is to antibiotic drugs and/or natural antibiotics.

Antibiotic drugs:  Rifaximin is the drug of choice because it is not absorbed into the body,27 and cures SIBO and resolves symptoms about 70% of the time.27  Other antibiotic drugs are sometimes used including

In some cases, an integrated approach with conventional antibiotics and natural antibacterial herbs give the best results.

The biggest challenge with treating digestive disorders is that numerous conditions can present with similar symptoms. For example, bloating, flatulence, and alterations in bowel function (diarrhea & constipation), could be associated with poor diet, food sensitivities, colitis, gallstones and/or liver disease. To avoid wasting time and money on unnecessary treatments it is best to test yourself to see if you have SIBO.